Creamy and luscious homemade cinnamon ice cream.  It's the perfect compliment to your holiday pies! 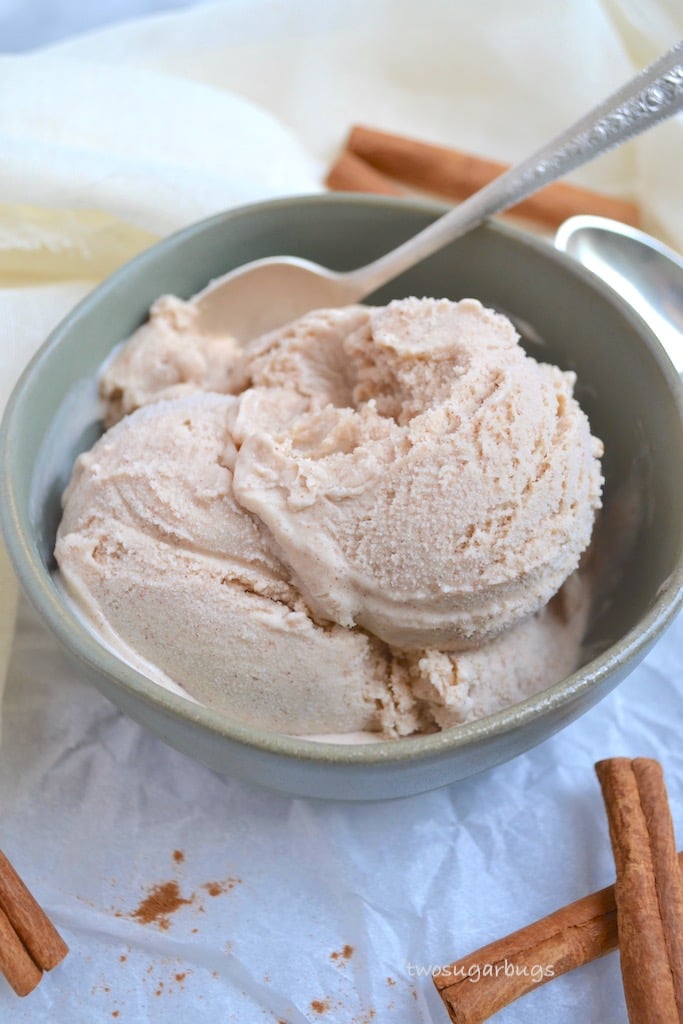 I have a love affair with ice cream.  Like an eat ice cream every day love affair.  I may or may not be guilty of eating gelato twice a day, every day for two weeks while in Italy kind of affair.  This homemade cinnamon ice cream just adds to my obsession.  It's melt in your mouth creamy, luscious and cinnamon-y.  Your apple, pumpkin and pecan pies are all going to love being paired with this cinnamon ice cream! 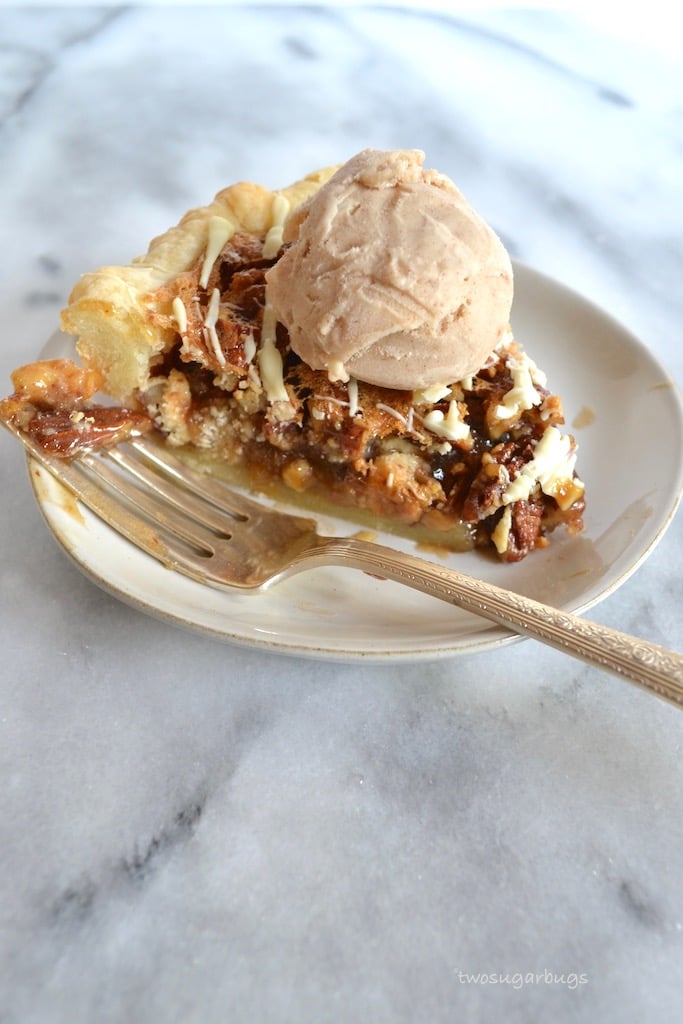 Many years ago we spent Winter Solstice in Phoenix.  It was an annual tradition started by Mr. Two Sugar Bugs and some of his college friends.  It was an excuse for everyone to get together and we found the winter and summer solstice to be great times to celebrate.  The guys did all the menu planning and cooking and the girls got to hang out, eat and drink.  The food, wine, friendships and conversation were always special.

This particular year Austin Powers was a popular movie and we all kept saying, "Git in my belly!" as we indulged on fabulous food and drinks throughout the weekend.  Mr. Two Sugar Bugs makes a mean Banana's Foster and we had it for dessert multiple days in a row.  (I'll have to get him to give a tutorial here sometime so you all can enjoy it too!)  We happened to find cinnamon Haagen-Dazs ice cream that was a perfect compliment to the Banana's Foster instead of the usual vanilla ice cream and we consumed more than our fair share of it. 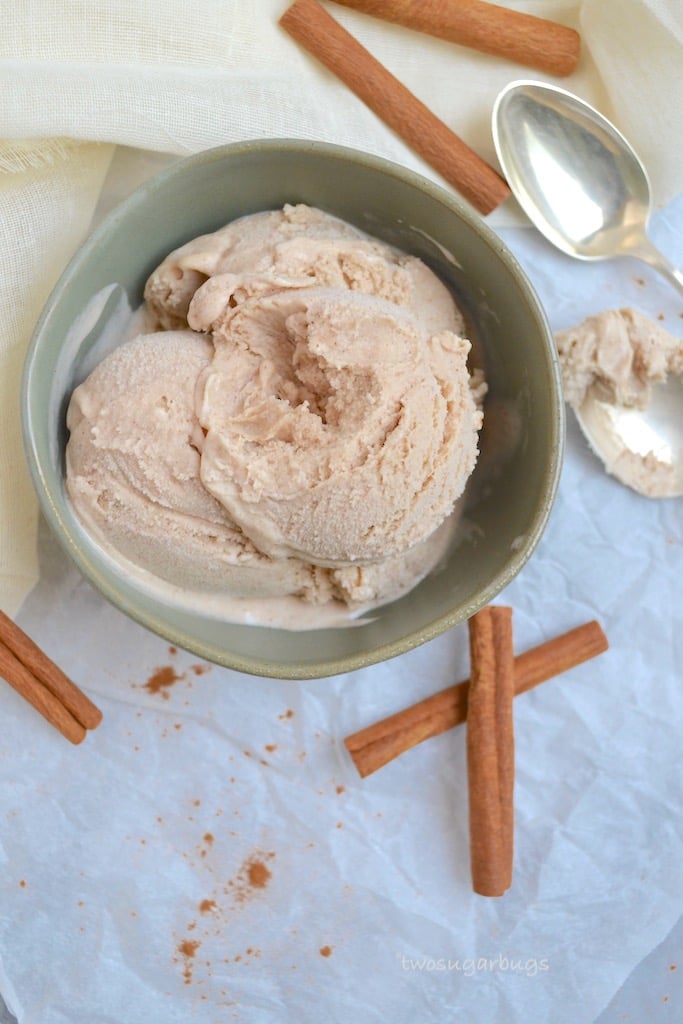 The following year I tried to find the cinnamon ice cream again, but it was nowhere to be found. 🙁  So, what's a girl to do?  I went to the kitchen and created my own version.  This is probably one of the most amazing things that has ever come out of my kitchen and it has been a Thanksgiving tradition in our home ever since!

The ice cream starts with a traditional cooked custard base.  I was a little nervous the first time I made a custard base as I feared scrambling the eggs, but I've done it so many times now that it feels natural.  I'll walk you through the process in the recipe and you'll feel like a pro by the time you are licking your ice cream spoon.

Start by whisking your eggs ~ 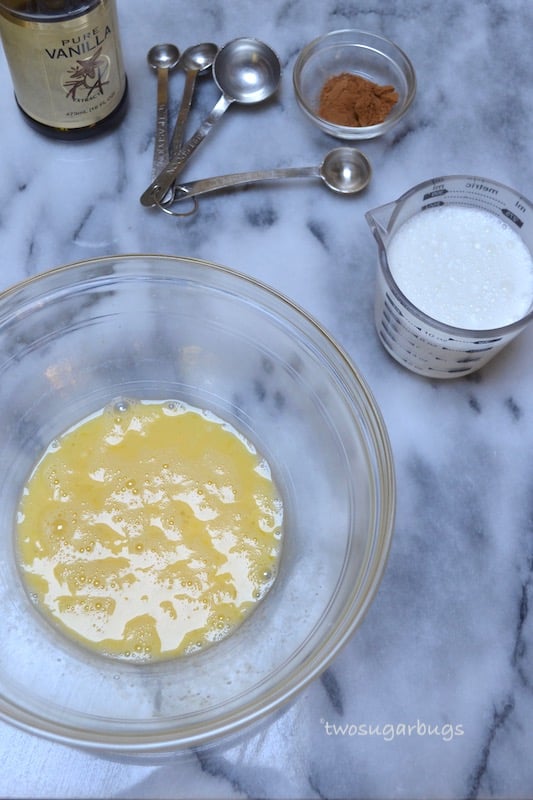 Stir together the granulated sugar, half and half, and ½ cup of milk.  Heat mixture over medium-low heat until it reaches a simmer. 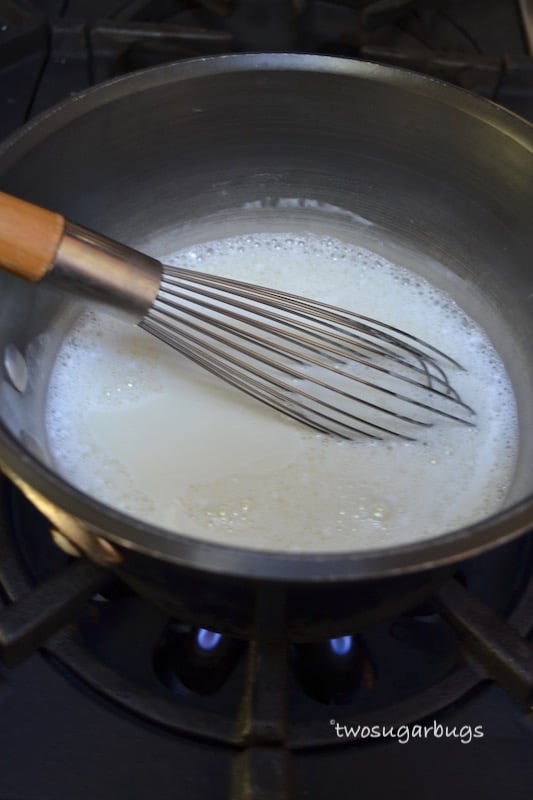 Once simmering, remove pan from heat and quickly add half of the mixture to the beaten eggs.  Whisk quickly to keep the eggs from scrambling. 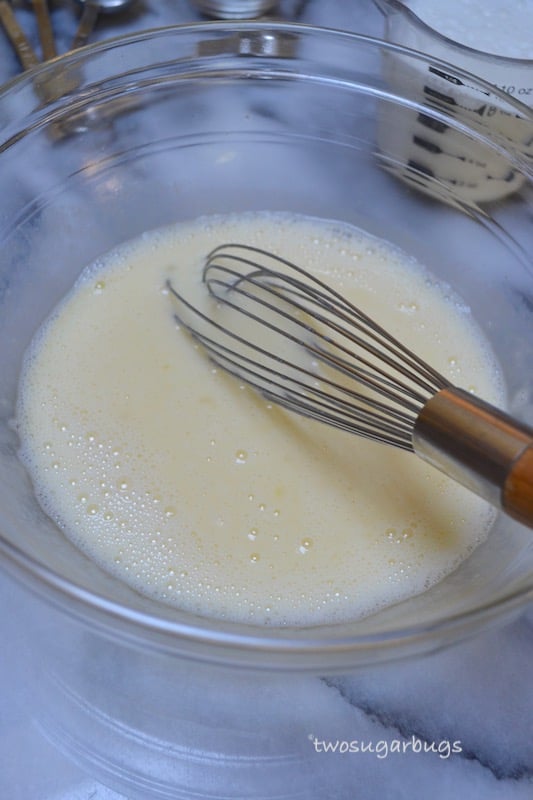 Pour the egg mixture back into the saucepan and stir in the heavy cream and remaining ½ cup of milk.  Cook over medium-low, whisking constantly, until the mixture is thick enough to coat the back of a metal spoon. (takes about 10 minutes on my stove) 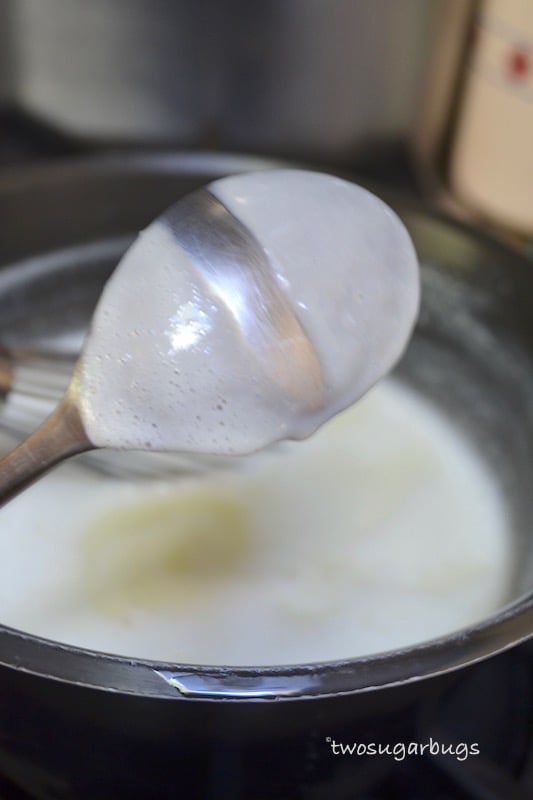 Remove saucepan from the heat and whisk in vanilla and cinnamon. 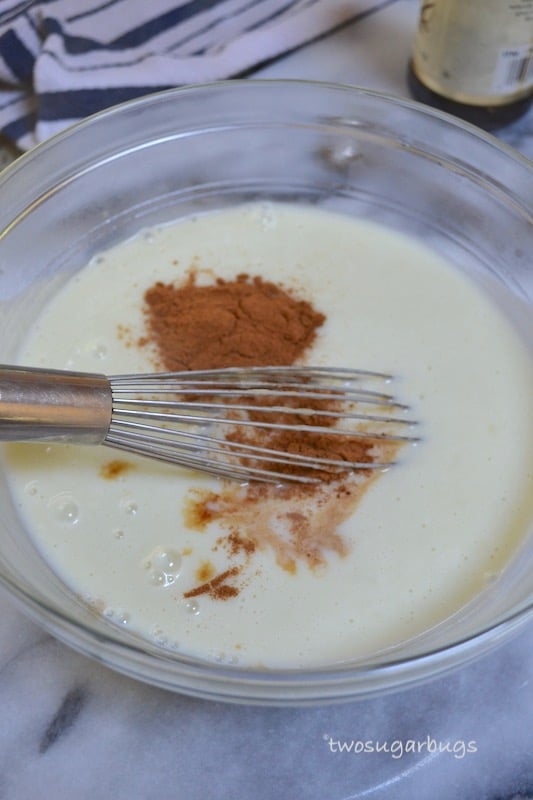 Enjoy this cinnamon ice cream on it's own or use it to pair with all your holiday pies and cakes! 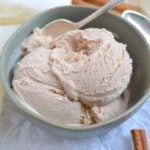 Creamy, luscious and full of cinnamon.  This homemade ice cream is the perfect compliment to all your fall pies, but is amazing enough to stand all on it's own too!
Servings 8 servings
Author Tasia ~ twosugarbugs

Be sure to tag @twosugarbugs on Instagram and hashtag it #twosugarbugs